What are the different error and variety types?

[A] Mules – A coin which has been minted from mismatched dies, one of the most well known mules is the 1860 Toothed Border/Beaded Border farthing, which has a beaded reverse and a toothed obverse.

[B] Overdates – These varieties occur when a die is repunched on many occasions to utilise old dies. This occurs on several different dates in the farthing series, with some of the most noticeable being the 1721/0, 1843/2 and 1865/2 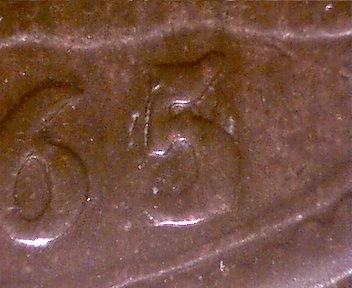 [C] Reworked or repunched Letters/Numerals – Repunching appears to arise for many different reasons. From the types that are evident, it would appear that this occurs due to:

Worn dies – Letters/numerals are repunched because the dies have started to show substantial wear, this can result in a letter/numeral being repunched over the same letter/numeral, or there would appear to be evidence to suggest that sometimes a different letter is used in an attempt to improve the appearance of a worn/damaged letter. 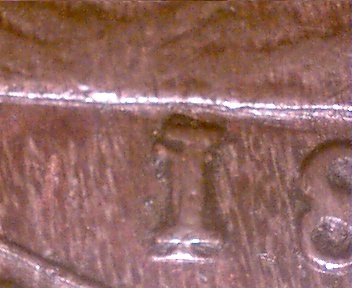 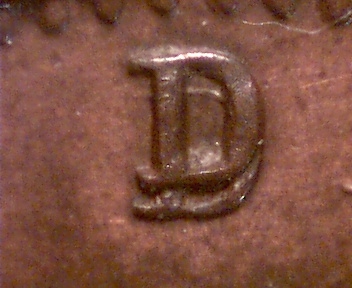 Errors – It would appear that even the coin making process can be capable of manufacturing errors, whether it was the apprentices fault!! or just a simple mistake there are numerous examples of what can only be perceived as human errors, some of the most noticeable being 1874H G over sideways G, 1723 R over sideways R (shown below), 1848 E over sideways E and 1851 D over sideways D 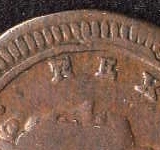 Reworked – On some dies it would appear that an attempt has been made to manually repair a die letter rather than repunch the die. This can result in some very crude lettering as shown below 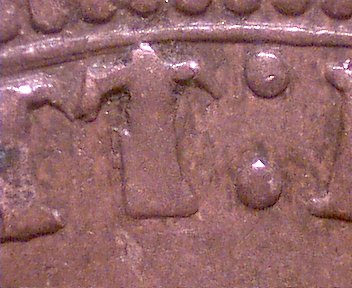 [D] Die Cracks – These can be found on numerous farthings throughout the bronze victorian bunhead series, and indicate the initial failings of a die. Cracks can be minor or substantial and single or in multiples (See below – cracks through B of BRITT, in between I and C of VICTORIA and also through the I in VICTORIA). 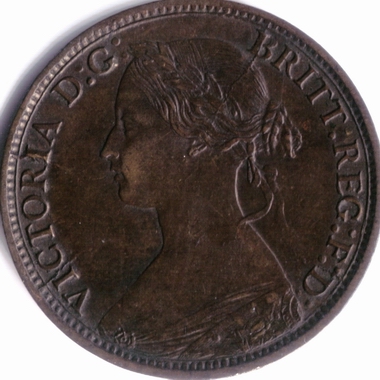 [E] Brockage – A brockage occurs when a coin fails to be ejected and remains attached to the die to form a “die cap” this coin then becomes a temporary die which is used to form the next coin. This coin then has one normal face and one that contains an incused mirror image. These coins are scarce and command premium prices. See HERE for a diagrammatic explanation.

[F] Clashed Dies – A clashed die is formed when the two dies slam together without a planchet between them. The partial image of one die design is then transferred to the highest points on the other die (which are the lowest areas on the coin). In the image below, victorias facial silhouette is clearly visible, as is the hair ribbon which is now visible above Britannias right hand. 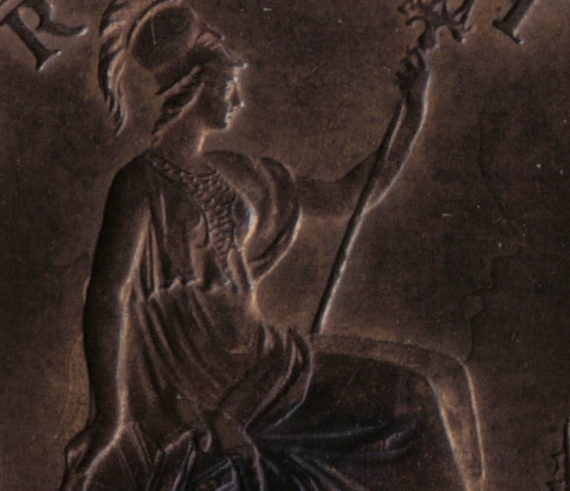 [G] Doubling – Is generally caused by loose parts on the press machinery which leads to a “chattering” effect or a fault in the die manufacturing process where a slight rotation occurs when the design is being transferred onto the dies. This error is common on lettering in farthings and can be easily mistaken with repunched lettering.

[H] Filled Dies – Occur when the recessed areas become filled with debris. the debris can be grease, pieces from previous planchets, or any other foreign body. This error generally affects the lettering and datal figures, giving the appearance that a letter or number is missing. This error can also affect other areas in extreme circumstances. 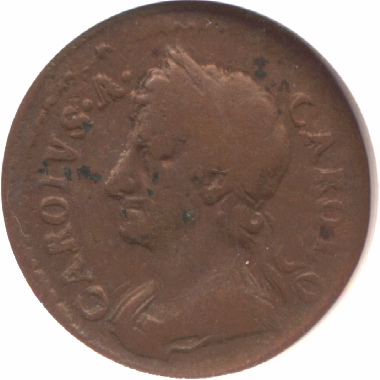